“Design is Loving Others” – YoungSe Kim

Youngse Kim is a designer, entrepreneur, and innovator who is known as an icon for creative. He is currently a ceo of INNODESIGN, a Palo Alto based industrial design consulting company that he founded in 1986 when he moved from University of Illinois where he was a Professor of Industrial Design. As a graduate from University of Illinois Graduate School of Art, Design and Architecture he joined the University as a faculty member to teach students Industrial Design before he moved to Silicon Valley to start design venture. Among his hundreds of designs that are world renown, 2018 Winter Olympic Torch as well as Cauldron should show most significant contribution to his home country Korea where he was born and lived until he moved to the United States to pursue his education in Design. He was also commissioned by the government of Korea to design 255 meter long ‘moving tunnel’ for the National Museum of Korea that is the largest museum of the country as well as the 3rd largest in Asia. This project is recognized by about 3.5 million visitors annually from abroad who walk through the moving tunnel that he designed to create ‘the identity of Korea’.

Other than projects described above are mostly product designs for numerous world brand companies such as Samsung, Microsoft, LG, Amore Pacific, iRiver, Hyundai Motors, and many more. ‘INNODESIGNPRODUCTS’ is most recent project from Youngse Kim. Throughout his design career, there are hundreds of designs that are loved by end users around the world in the categories of consumer electronics, digital devices, appliances, personal and house goods, although most of his designs are known by consumers as products of his client’s brands.

INNODESIGNPRODUCTS project is his new venture into creating products platform for products that are designed and/or manufactured or selected by INNODESIGN. Making innovated as well as design driven product collections in one stop shopping platform is his vision for many lovers of well designed products around the world. Through innodesignproducts.com he is offering varieties of products that are create by INNODESIGN as well as by its collaboration partners. 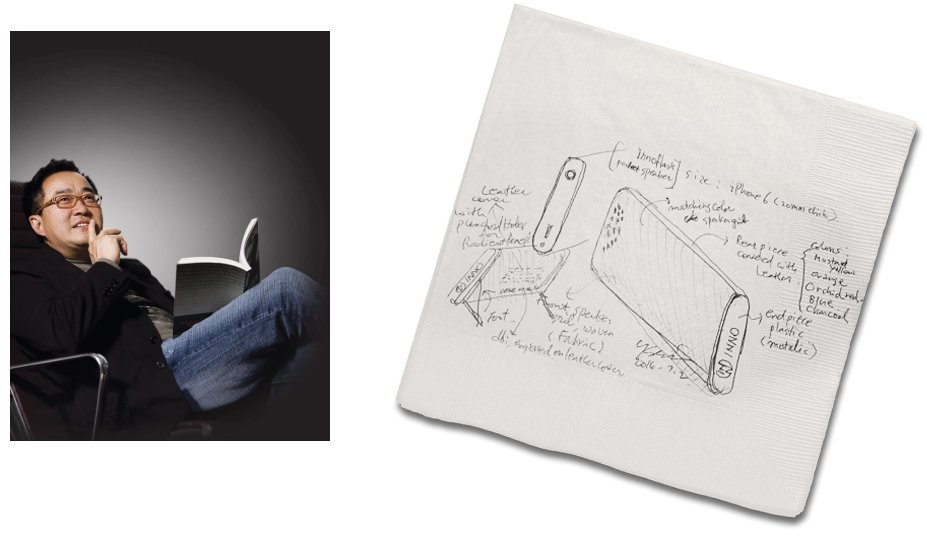